Britain as one of the three main allies (along with France and, Russia) in the beginning of WW1 was fighting the central powers (German, Austria Hungary and The Ottoman Empire from Oct 1914) from the very beginning of the war. Britain was at the height of its power in 1914 heading towards the pinnacle of centuries of colonialism and empire building. The British Empire covered nearly a quarter of the whole globe thus being the worlds leading superpower in 1914. However, the start of WW1 would put that title to threat.

Britain as one of the three main allies (along with France and, Russia) in the beginning of WW1 was fighting the central powers (German, Austria Hungary and The Ottoman Empire from October 1914) from the very start. At the height of its power in 1914, heading towards the pinnacle of centuries of colonialism and empire building, the British Empire covered nearly a quarter of the whole globe and was the world’s leading superpower. However, the start of WW1 would put that title to threat.

During the war, Britain played one of the main roles and had troops serving in all theatres of war from the deserts of Mesopotamia to the muddy trenches of Flanders and to the far-reaching corners of the world. Presented here are some key numbers to give a picture of Britain’s total involvement.

The Royal Navy in WW1

Britain had always been a naval power and since the battle of Trafalgar, and in the 100 years between Trafalgar and WW1 had taken dominance as the worlds largest and most powerful fleet. The naval arms race of the pre war period had resulted in many new design innovations in naval warfare and many new types of ships, most notably the dreadnought battleships (note a battleship does not encompass every type of warship but is a specific type of warship that where built in the first half of the 20th century). This was the golden age for the all big gun warships with every new class of capital ship being bigger and better than the last. They would have bigger guns, more armor and be faster than the last each time.

The result of all this innovation was huge fleets of massive modern warships, but the problem was that they where all untested in battle. Despite the size of these fleets and all the investment into them, only a few naval engagements actually took place during WW1. However there was one major surface engagement of massive scale that did take place , the battle of Jutland.

Jutland was a massive clash of titans with 151 RN ships Vs 99 Imperial German navy warships of the coast of Denmark. Despite the scale of this battle it ended mostly indecisively with no clear winner despite claims of victory on both sides. Germany sunk more enemy ships and inflicted more losses than they received, but the British succeeded in stopping the German fleet from breaking out and threatening the supply lanes to Europe, which may be considered a longer-term strategic victory. 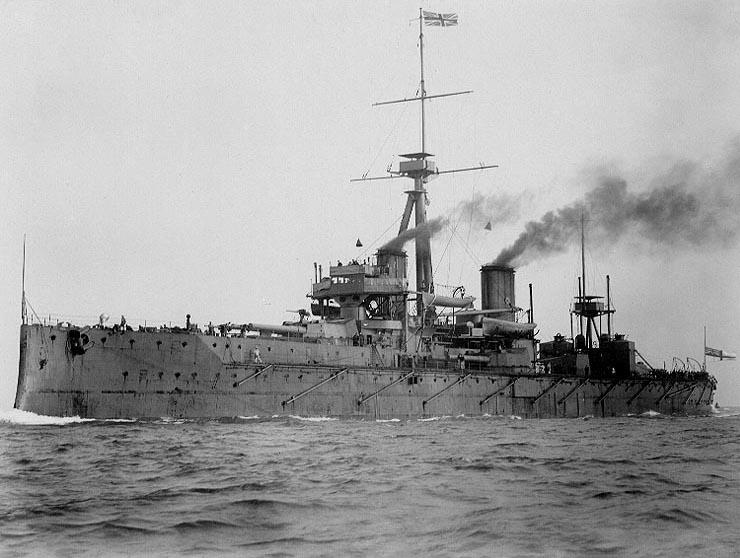 Aircraft were very new to the world in 1914 with the first ever flight only taking place 11 years earlier in 1903.  There were many unknowns of how to employ aircraft in military terms and there were many skeptics to the concept of aviation. The British created the Royal Flying corps in 1912 (later to become the RAF in 1918). Aircraft saw huge development through the course of the war with early aircraft being vey basic and vastly different from aircraft in 1918 in both the way that they where deployed/used and the technological differences in them. By the end of the war full air forces were established with proper structure and doctrines. The air war was very much one romanticized, with Ace pilots such as the German Red Baron becoming celebrities at home and tales of their victories being common place. There was a certain chivalry between the rival air forces unlike anything on the ground. The balance of power constantly shifted from one side to the other during the course of the war, but by the end of WW1 the foundations for what we know today as military aviation had been established firmly making the significance and potential of Aircraft well known.

35,973 British aircraft where lost during the war